It's now in our local shop Kinder la la, come and see what we have!

Now we let you here a little summary about what is Warhammer and how you played it. 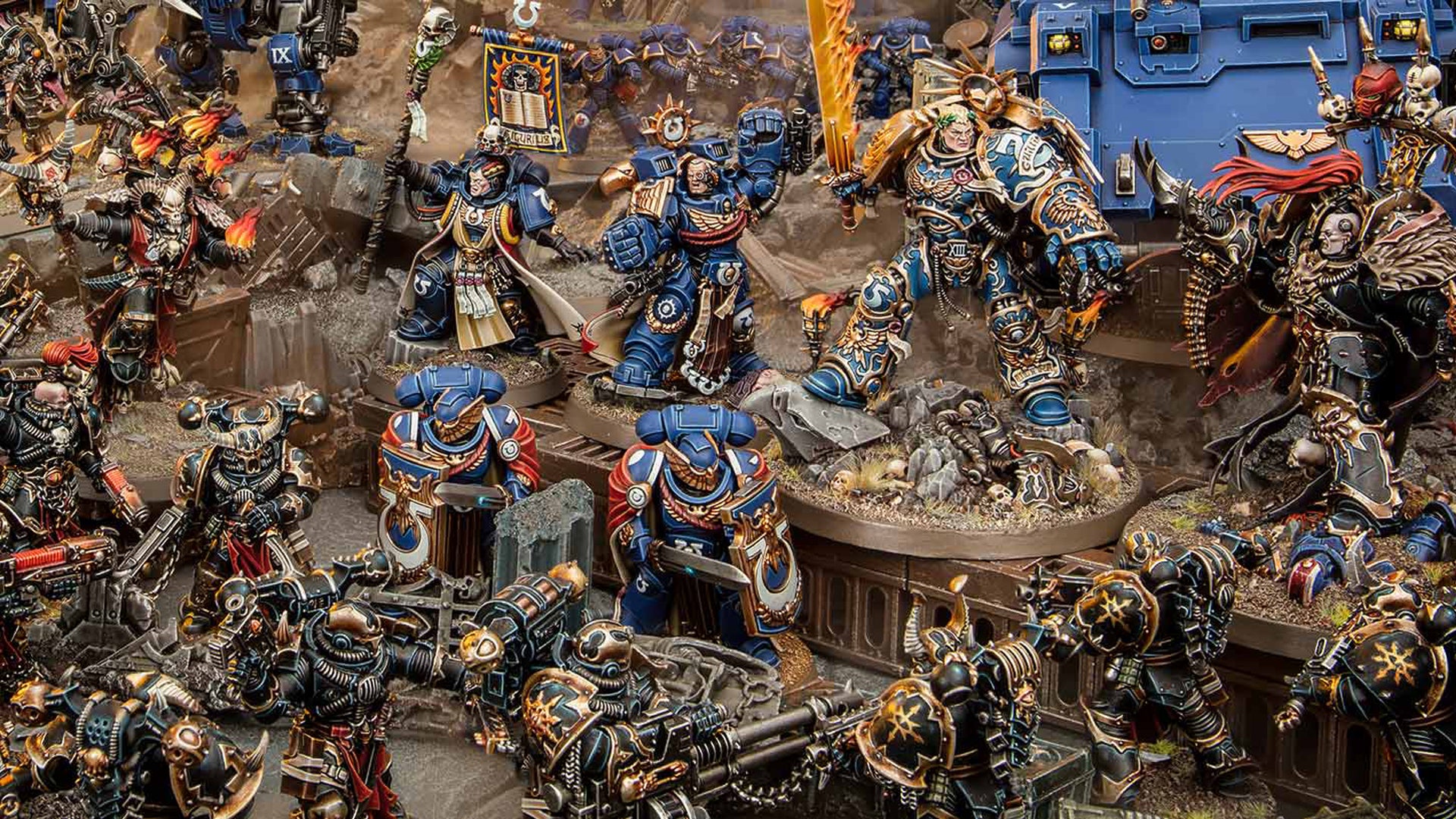 Both Warhammers are made by Games Workshop, WFB came out in 1983 and 40k in 1987. In the UK and Europe both games are popular, in the US and Australia 40k is overwhelmingly more popular than WFB.

The games are played by purchasing, assembling and painting miniatures, and rolling dice to determine success or failure. Each individual model has a point value, which can be icreased with upgrades. Points are cumulative across your army, so when you and your opponent agree to a 2000 point game, the total score of every model in your army can't exceed 2000 points. The scale of WFB is typically larger than in 40k, with armies averaging ~120-150 models, though that dramatically increases or decreases by faction.

here you have a video: https://youtu.be/r0GrQ2DIPyc

Warhammer 40,000 is a tabletop wargame that sees you playing battles on a tabletop, ideally with miniatures that you have built and painted yourself.

Currently in its eighth edition, it is a much more streamlined game than it used to be, built around playing relatively fast objective-based matches which involve rolling a whole lot of dice, measuring distances and using your faction’s unique rules to enact synergies and tactics to best your opponent.

You’ll face off against an opponent with a force which could be a couple of units or a sprawling army. In a given turn you will pick units to move, use psychic powers, shoot from your gunline and finally charge, and attack. You’ll use rulers and dice to measure distances and successes. In each game you’ll have a limited pool of command points with which to enact game-changing Stratagems to boost the effectiveness of your units at key times.

Though many will argue that Warhammer 40,000 comes alive as a competitive game, Games Workshop attempts to support both Open and Narrative play - though in my experience the sweet spot exists somewhere between competitive and Narrative and finding good people to play against who match your enthusiasm and expectations is a must.

Open is as it suggests: an opportunity to put anything on the table, dropping and adding rules as you and your opponent see fit. Narrative acts as a blend of both of these, but focuses on quasi-historical battles based on the fiction,forgoing balance for the cinematic bombast of doomed sieges and exhilarating infiltrations. Games Workshop analyses and refreshes its points for matched play every year with a supplement known as Chapter Approved, which also tweaks rules for various armies.

Article by Luke Shaw for Dicebreaker.